Paid for and authorized by Lippa for Sheriff

For A Safer Place To Live, Work, And Raise A Family

"Be brave. Take risks. Nothing can substitute experience." - Paulo Coelho 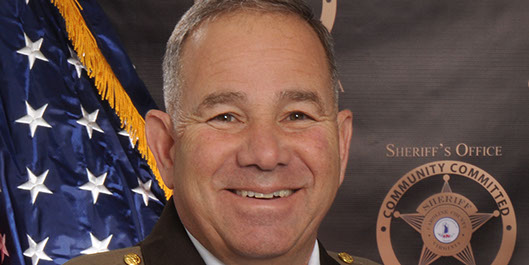 A LIfetime dedicated to public service

Sheriff Lippa began his career in public safety in 1975 as a Police Aide in Henrico County. Lippa's sworn service to the citizens of the Commonwealth began in 1976 when he was sworn in as a Henrico County Police Officer.  Lippa graduated from the academy with the top skills award.  This award covered firearms, driving and physical fitness.  Lippa continued as a Henrico Officer until 1979.  Lippa then began his Virginia State Police career, graduating from the 67th basic state police academy with additional physical fitness awards.  From 1979-1989 he was a Virginia State Trooper stationed in Caroline County.

Lippa was promoted to Sergeant and assigned to the Virginia State Police Academy from 1989 until 1992.  Lippa then transferred back to his adopted home - Caroline County - and served as a Sergeant over Caroline and King George counties from 1992 to 1994.

Lippa was promoted once again in 1994 to the rank of state police first sergeant.  In that position, Lippa was the manager of the Bowling Green office of the Virginia State Police.   In this position, Lippa was responsible for all state police activities in Caroline and King George counties.  Lippa retired from the Virginia State Police in 2003 to run for Sheriff of Caroline County.  Lippa said at the time that he thought the county, "...needs a sheriff who is more responsive to the needs of its citizens."  He won just over 66% of the vote against a 12-year incumbent, carrying all but one voting precinct in the county.  It was Lippa's first attempt at a public office.

In his spare time, Lippa officiates basketball, and has since the age of 15.  Lippa is married and resides in the Bowling Green section of the county with his wife.